By cammylee in chocolate, desserts, drinks No Comments 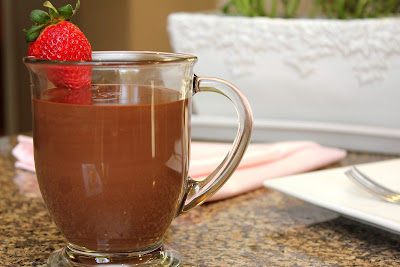 I’m gonna be a little rough on this recipe. First, the good parts. I loved the flavor! Very interested. It’s almost hot, like as in spicy, which I liked. It gave the chocolate a lot of depth and interest as per taste goes. So I’m glad I tried this. On the down side, how in the heck are you suppose to drink this? It is suppose to be a drink, but it was way too thick… and a little too thin to eat with a spoon. Super yummy if you want to dip strawberries though, which is how I ended up eating this, because it was pretty heavy just by itself. If you wanna try something a little different, then go for this. But I probably wouldn’t make this again, unless maybe it was as a dip for strawberries for a party or something. But if you wanted me to rank this as a drink, I just don’t know how you would get it down unless you were drinking it as shots, and then why waste the calories? So when or if you make this recipe, make it thinking it is a pudding or a fondue dip. It probably would be more successful that way.
Ingredients
Directions
Bring the cream and milk to a boil in a heavy based pan over medium heat. Whisk constantly as the mixture heats to build some froth. 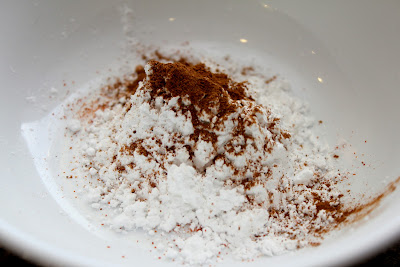 When the milk is simmering, stir in the confectioners’ sugar, cinnamon, nutmeg, and chocolate. 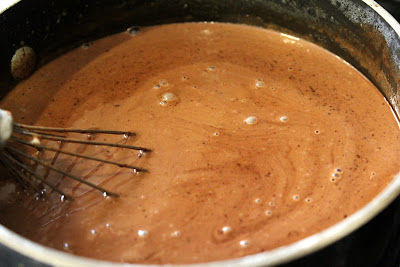 Stir until chocolate has melted. Whisk vigorously for a few minutes until frothy. Pour into warmed mugs, scooping out the froth. Sprinkle with chile powder and serve immediately.

Recipe from The Golden Book of Chocolate